I still have so many WIP....works in progress, but I picked up two different projects this morning and did a little work on both. 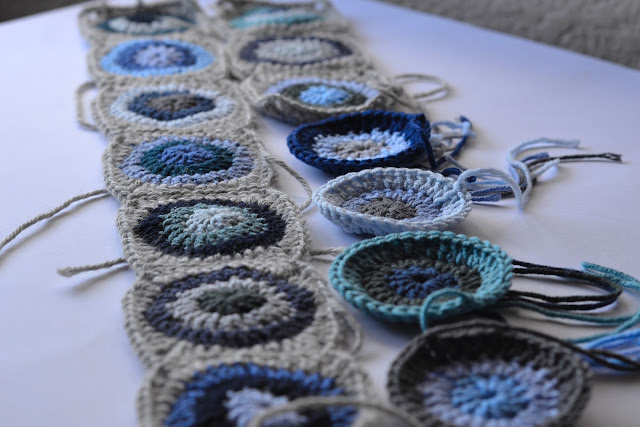 And this new little hat .... also for the boys....it's a peaked hat with earflaps, converted from an old 1960's pattern.  The writing of patterns back in those days was terrible, I'm having major problems with this pattern and so I am virtually re-writing it as I go....I'm also writing a larger size as I knit this one.  Anyway I'm putting it down for now as I have a major headache and I've pulled out that many rows and restarted 4 times, that if I don't put it down.....I may just throw it at a wall.  My hats are meant to be made with love, but at this moment in time....there ain't no love here!! 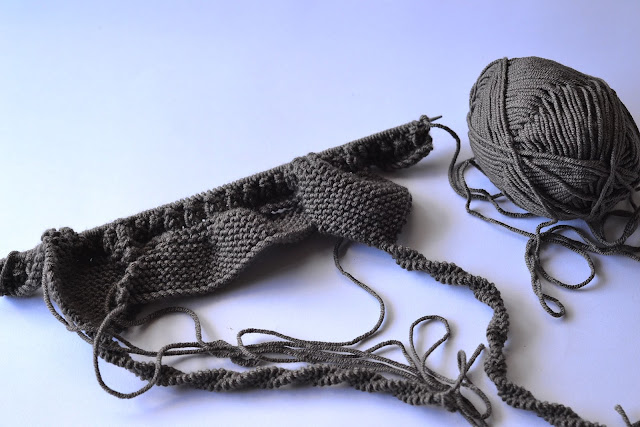 And one other item I've pulled out is this Chevron Blanket, so it's getting a go again as I do love it....it's just that I find knitting blankets a long process, so my choice is to always crochet them instead....but as it's started it deserves to be finished. 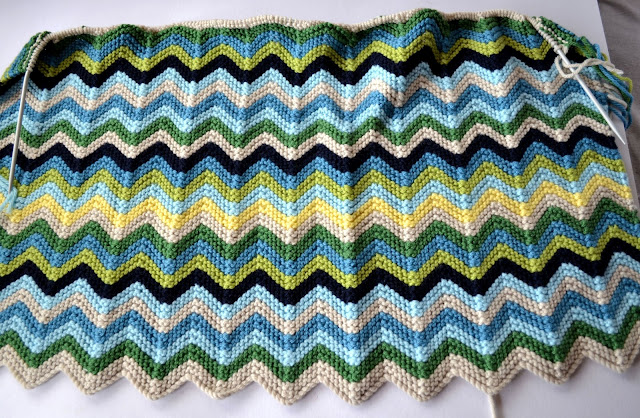 But for now, I have two more hats to complete for a magazine that has approached me for some dover & madden knits for a Winter edition.  If they make it to print I'll let you know when and what magazine, but for now I'll just keep it under wraps. 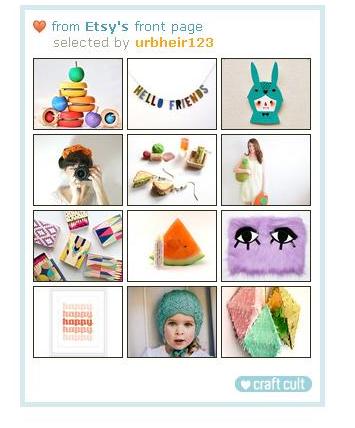